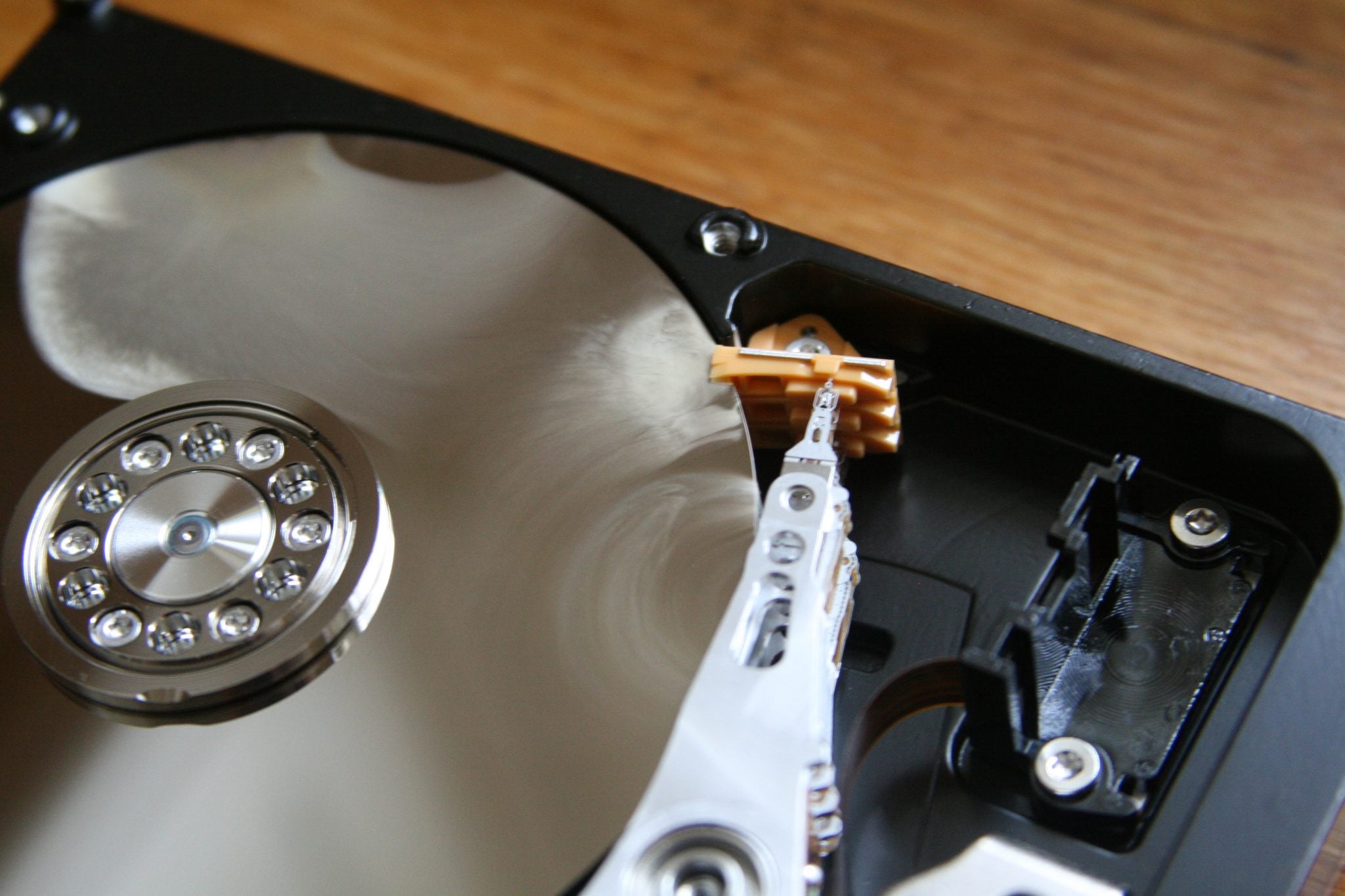 On initial inspection, the HDD showed typical symptoms of having sustained failure of the printed circuit board (PCB). There appeared to be minor damage to the main processor chip on the PCB.

The order of how this HDD had failed was:
Suspected bad sectors –> accidental reinstall of OS over data by customer –> incorrect power adapter (voltage too high) by customer –> PCB failure –> checked for pre-amp failure, confirmed bad –> Hard disk assembly was then inspected.

The result of the over-voltage was the most severe that CDR has seen. In this case, it included melted plastic inside the HDA as well as damage to the platter surface. See below for high-resolution images detailing the damage. 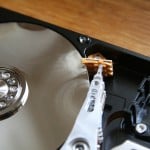 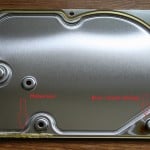 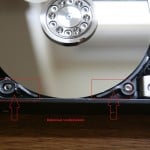 More heat damage to components in the HDA

“I have a Seagate ST3100528AS, with firmware version CC38 on which I believe the PCB has died (Number 100536501).
If I was to send you the PCB would you be able to supply a suitable “donor” board and change the component (The firmware chip I believe) to allow it to work with my HDD.

If so have you got any idea on the cost?

To which the  following reply was sent:

I presume that in this case you think that the printed circuit board of your hard disk drive has failed? Has this occurred for a particular reason? What are the symptoms of failure?

We offer professional data recovery services which are all on a guaranteed ‘no-recovery, no-fee’ basis. As such we do not offer to sell PCBs or swap ROM chips  on individual PCBs – the PCB returned to you may not necessarily work with your failed patient HDD. The only way to test its compatibility is when it is attached to the failed HDD. Moreover, your HDD could have secondary faults including bad sectors or a failure of the pre-amplifier. We do have matching stock in for your HDD.

It is important to us to ensure a high success rate in the work which we conduct. This has led the business to be well regarded over its last 7 years of trading: https://plus.google.com/+CheadledatarecoveryCoUk/about

In a few moments I will send through the pricing list for hard disk drive recovery. This gives full details of the services that we offer and the fixed prices for hard disk drive recovery which are based on the fault with the drive. The prices is based on the fault rather than how much data you require from the HDD, as usually just as much work is required to recover a small number of files as it does to recover a large number.

We aim to be as clear as possible about the pricing of our data recovery services and provide a full list of our charges. We conduct the diagnostic tests for free to confirm the type of failure your HDD has and then assign it to one of the prices listed. It is a no-obligation quotation.

As the images show, there is a lot more that can go wrong with a hard disk drive after it has sustained failure of the printed circuit board (PCB).

Cheadle DATA Recovery Ltd
5.0
Based on 311 reviews
See all reviewsWrite a review

Da Blib
21:08 15 Dec 21
John did an excellent job of recovering video files from a corrupted drive, informing us of progress at every step from initial diagnosis to method of retrieval, and a final summary of the data... recovered. Efficient and professional from the outset.read more

Claire Blyth
17:23 08 Dec 21
All of my data was recovered. The process was fast, friendly, transparent and professional. Highly recommended.

Rob Rhind
23:20 29 Nov 21
John Reid and Cheadle Data Recovery were recommended to me and I am very grateful they were. I had a failed laptop hard drive with a physically damaged platter, the worst kind of situation. This... complicated recovery was handled with the utmost professionalism. Communication was excellent throughout the process; I had complete confidence that John was definitely my best chance of recovering some important data. The results exceeded all my expectations and with an understanding of the work involved, feel the money paid was minimal for the service provided. I hope a few people that are in a similar situation to mine, see my review, appreciate its sincerity and very sensibly employ John Reid and Cheadle Data Recovery.read more

stpr786
09:09 28 Nov 21
After an accident with our hard drive, no data obviously being read we were looking for data recovery services. My IT company suggested cheadle data recovery.From the outset the company displayed... professionalism. A set time to arrive. John explained to me the possible damage, and even the other reasons hard drives can cause problems.He took the hard drive in and diagnosed this within 48 hours and informed us of an estimated time it would be complete. Throughout we were informed of each step of the process which is brilliant.After a week and half we were given the good news that almost all the data was being read.Why have I given this company a 5 star:Almost immediately responded to my queriesWas always polite even when I asked so many questions. Always stayed patient.Got late to collect but said it was okay, was very courteous.Did not overcharge like many companies would if they knew what industry you were inExplained how the directories of files were organised.Charged us what he would for allAnd the service was quick. I have heard of some companies taking over a month.Lastly EVEN WHEN we got the files back, he still said he would help do more if needed to get more files back. What a lovely gesture!!Only thing is we got to go through 9000+ files now and organise them.I would recommend this company to anyone who was in the mess we were.Thanks JohnFrom all at Star Printread more